26th January 14: Today the school celebrated Republic Day with great joy and enthusiasm. First of all our Officiating Principal Mr. Byju Joseph did the honor of hoisting the flag. Then the students marched and presented a P.T. Display. Then two of the students spoke a few words on Republic Day. The junior section students sang patriotic songs. The Principal addressed the gathering. The program ended with the sweet distribution.

Rajveer Singh of Class VIII was awarded by the District Collector at Pali District today for having reached the nationals.
Point of View 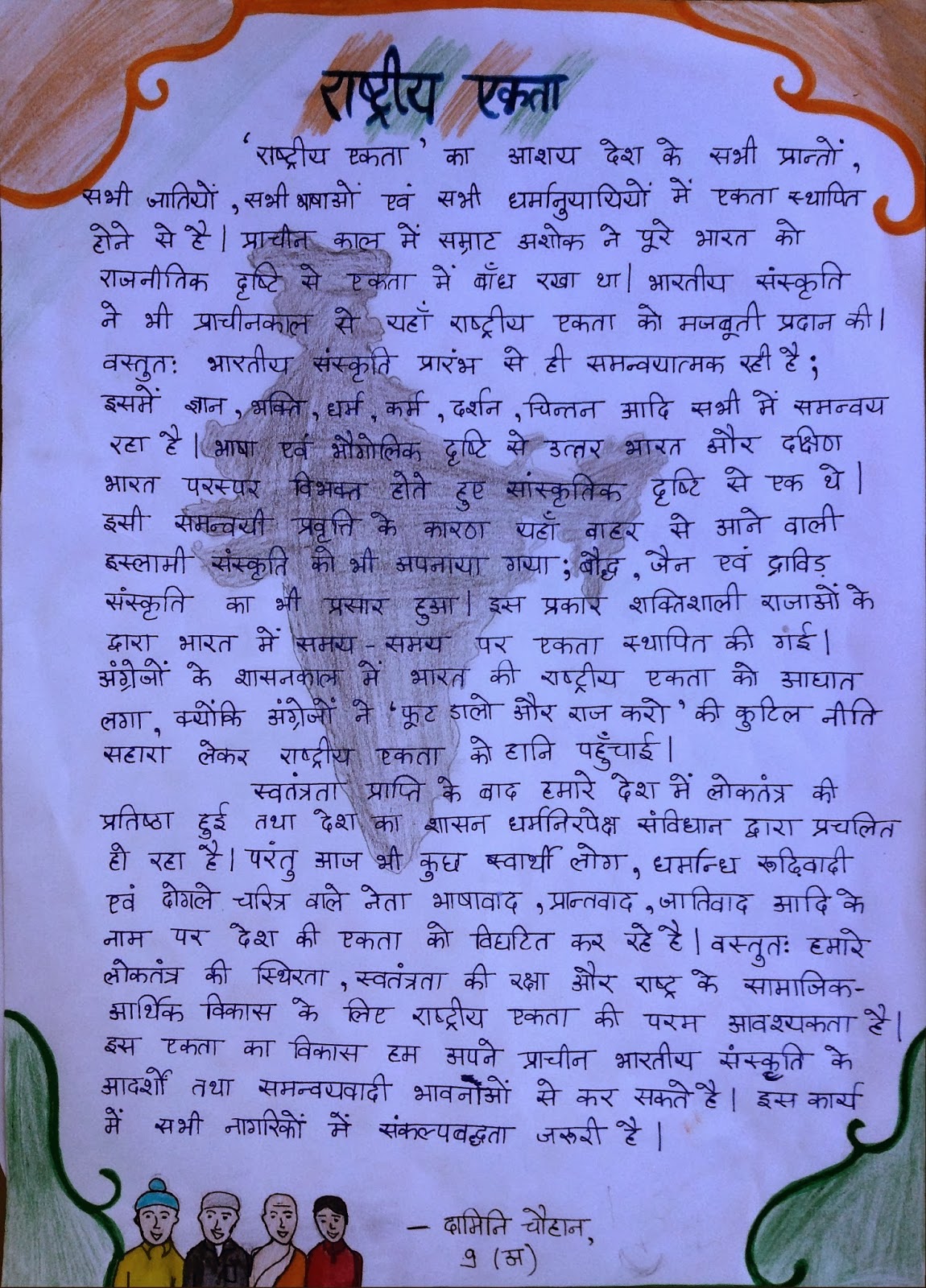 Read more »
Email ThisBlogThis!Share to TwitterShare to FacebookShare to Pinterest 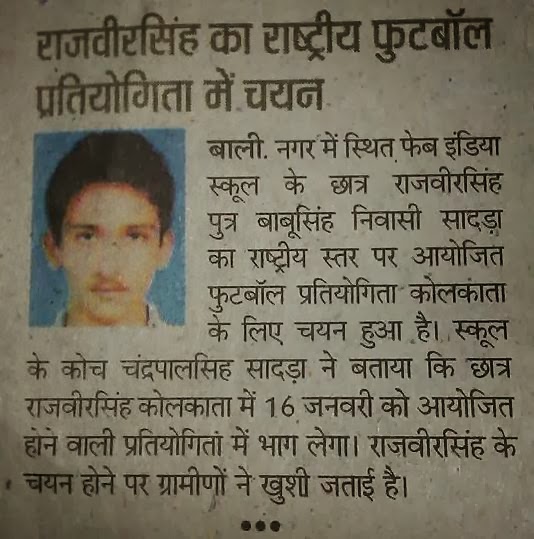 13th January 14: It is a great privilege for the Fabindians because Rajveer Singh of Class VIII has gone to play the Under 14 football tournament at national level. He is going to represent Rajasthan state. He is the only child who is chosen to play for the state from the surrounding four districts so we Fabindians are really proud of him. He has already played one match in Kolkata on 17th January 2014, which was telecasted on DD National and DD Sports.

On the occasion of Makar Sakranti a kite flying competition was organized for the senior students. There were five participants from each house. The only girl participant was from Chanakya House which stood first in the competition.


Point of View
Ms. Marika Viragh's time at The Fabindia School
During my time at the Fabindia school I have been fortunate to work with a wide variety of students in various subjects. I have spent time assisting in the English classes for grades 2,3,4, and 5 as well as grade 9. I have also taught lessons about federalism, business, farming, and agriculture to grades 9 and 11. I helped design activities and worksheets for these classes and helped the teacher in whatever way possible! I have also enjoyed my time playing with the students during their games period, whether during soccer match or basketball game. I also introduced the great game of kickball to the class 4 students! The past few weeks have been wonderful and I have most enjoyed the spirit and energy of the students!

- Marika Viragh
Is Boxing a sports only man of wrath
I don't agree that boxing is a sport for only man of wrath. Boxing doesn't mean anger and all that .Anyone can take boxing as a career option if he is interested, it doesn't mean he is full of anger or dangerous. Boxing is a game and players should play it as its spirit. Many boxers who look cruel in the boxing ring are very polite, kind and jolly in their real life. During a match the person may show a lot of anger but who knows what they are in reality. To be a boxer is their choice but that doesn't mean that he is not a good person.
I conclude by writing that boxing can be chosen by anyone as a career not only man of wrath.

Compiled by Bharti Rao and published every week.
Email ThisBlogThis!Share to TwitterShare to FacebookShare to Pinterest

News
6th January 14: The school reopened today after winter vacation.
It is a great pride for the Fabindians because Rajveer Singh of Class VIII is selected to play in the Under 14 football tournament at national level. He is going to represent Rajasthan state.

Marika Viragh volunteer from USA visited our school and will be here for three weeks to give her services here.

8th January 14: Inter house football tournament was organized in the school for the senior section. Shivaji house won the match while Chanakya house stood second in the finals. Third position was bagged by Maharanapratap house.

10th January 14: Friday activities were carried out in all the classes. 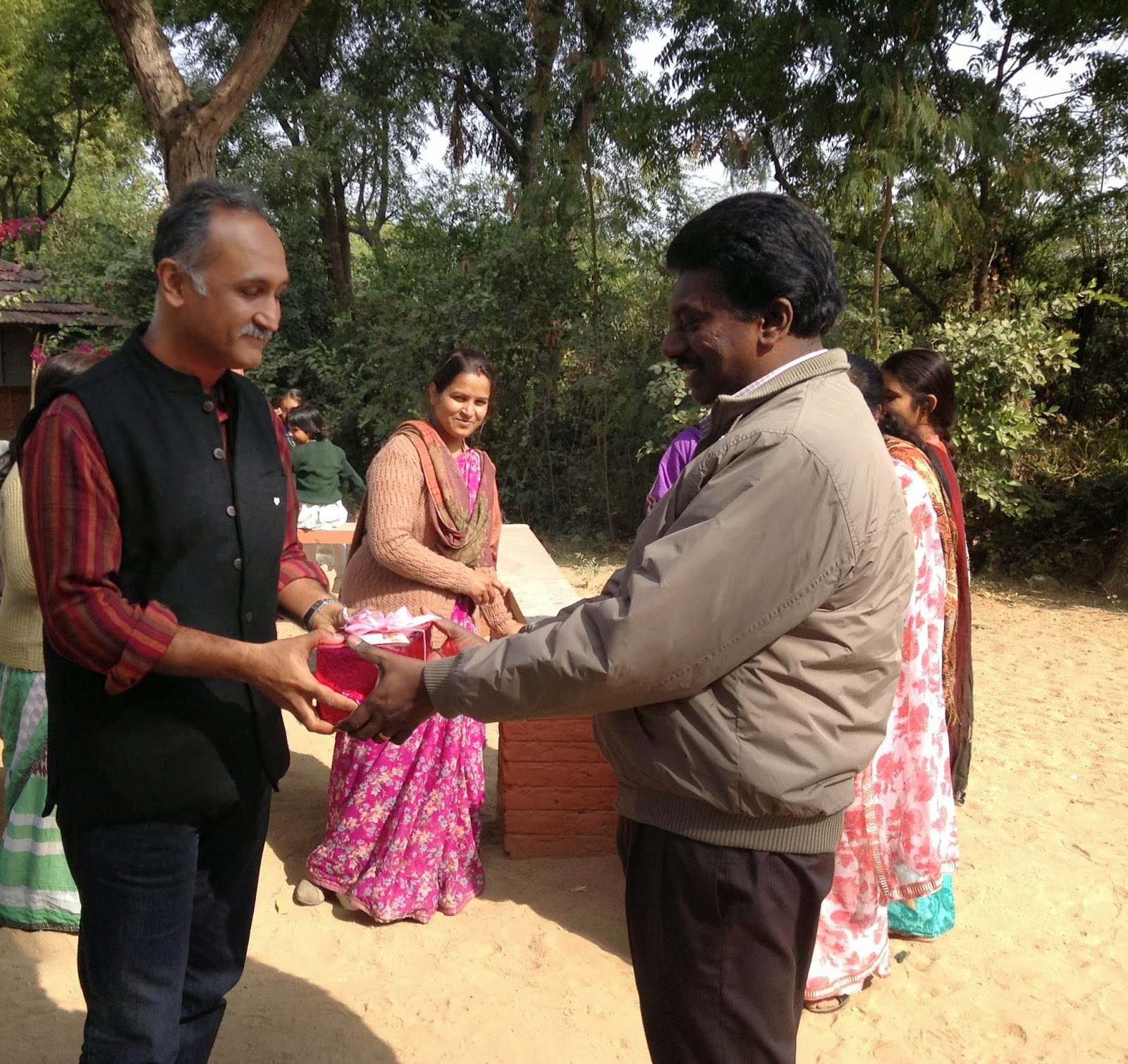 11th January 14: Prof. Vivek Bhandari, Advisory board member of the Fabindia school and former director of Institute of Rural Management Anand (IRMA) visited the school. He interacted with the teachers and told them all about the rural development and education. Three teachers are going to communicate regularly with him as volunteer. Then all these teachers will motivate the students and community around to help in the rural development. Mr. Byju Joseph (Vice-Principal) presented a small token to Prof. Bhandari.