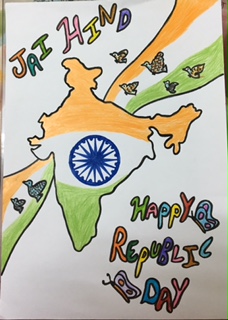 Shekhawati is located in North Rajasthan comprising districts like Jhunjhunu, Sikar, Churu, and parts of Nagaur and Jaipur. History has it that in the 17th to 19th centuries, Marwari merchants constructed these grand havelis in the Shekhawati region. Steeped in wealth and affluence, these merchants got busy outdoing others in building more grand edifices - homes, temples, step wells which were richly decorated both inside and outside with painted murals. It is bounded on the northwest by the Jangladesh region, on the northeast by Haryana, on the east by Mewat, on the southeast by Dhundhar, on the south by Ajmer, and on the southwest by the Marwar region. Its area is 13784 square kilometers. The inhabitants of Shekhawati are considered brave, sacrificing and hard working people.
Shekhawati was first mentioned in the book Bankidas ki Khyat. Contemporary of Bankidas was Colonel W.S.Gardener, who used the word Shekhawati in the year 1803. Later Colonel James Tod wrote the first history of Shekhawati. The term Shekhawati was used frequently in Vamsh Bhaskar. This suggests that the term Shekhawati came in use about two and half centuries ago. Shekhawati is named after Rao Shekha Shekhawati is in the Thar Desert of Rajasthan, and has special importance in the history of India.
Shekhawati is a dialect of the Rajasthani language and is spoken by about three million speakers in the Churu, Jhunjhunu, and Sikar districts of Rajasthan. Even though it is a very important dialect from the grammatical and literary points of view, very little work is carried out on it. In 2001 a descriptive compendium of the grammar of Shekhawati was published. Shekhawati, like the Bagri dialect of Ganganagar and Hanumangarh districts, has a parallel lexicon which makes it very rich from the lexicographical point of view. Word order is typically SOV and there is an existence of implosives. The presence of high tone at suprasegmental level classifies it with other dialects of Rajasthani. It has contributed a lot to the development of Rajasthani language and linguistics.
Many historians have considered this region included in the Matsya Kingdom. Rigveda also provides certain evidences in this matter. Manusmriti has called this land as 'Brahmrishi Desha'.Shekhawati region was included in 'marukantar desha' up to Ramayana period. Out of 16 mahajanapadas prior to Buddha, only two janapadas, namely Avanti and the Kingdom of Virata were counted in Rajasthan area. This region was also influenced by Avanti but later on Nandas of Magadha defeated Avanti. Historians believe that Mauryas obtained the Rajasthan from Nandas.
ALUMNI 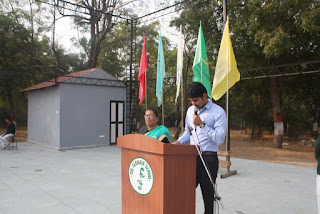 Monday, 23rd January: Parachute Activity for Nursery and L.K.G Class students was conducted by Mr. Vineet Singh. Objective of the activity was to learn different types of movement such as running, sitting, etc and learn to understand the commands
Cartoon movie was shown to the Pre Primary students. They had fun and enjoyed a lot.
Wednesday,25th January: Grand Rehearsal of 26th January  was organized for the students of Class Nursery- V as they observed a holiday on 26th January.

Thursday, 26th January: School celebrated 68th Republic Day with gusto and enthusiasm on 26th January 2016. The Principal Mrs. Deepika Tandon graced the occasion as the Chief Guest and hoisted the flag and took the parade salute. She inspected the parade. Mr. Vineet Singh, Mr. Sandeep Singh and Ms. Swati Sood judged  the March Past. The House contingents were inspected by the Principal. After the P.T. Display, Chanchal Choudhary/ X/ RH presented a speech.  Senior Girls performed a Rajasthani Patriotic Dance. Dhruv Rajpurohit/ Alumni/ Batch 2003 also addressed the School. He said that he was overwhelmed by the whole occasion and felt honoured that his growth took place here. The whole program was anchored by Pooja Dutta/ XII/ GH. Patriotic song was sung by School Choir.  Principal Ms. Deepika Tandon gave a motivational speech and Mr. Byju Joseph gave Vote of Thanks. Once the whole function got over sweets and flags were distributed among the students. 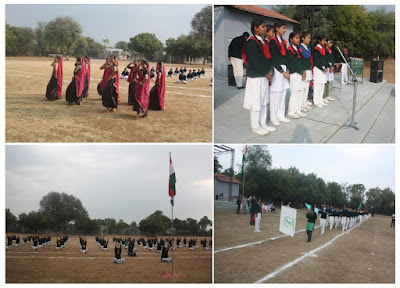