News
28th April 14: Bali has begun to experience high temperatures and severe heat. So far highest temperature has risen to 40 degree Celsius and minimum has been 29 degree Celsius. Humidity at 25%. Considering this the DEO, Bali has ordered all school authorities to reschedule the schools and run them between 7:30 AM to 11:30 AM.

29th April 14: The whole week was a busy one with parents and wards coming to collect retest results. Class Teachers and Subject Teachers counseled parents on how to build marks and develop concepts in the week subjects to help overcome losing marks. Since school is falling short of a classroom for Class XI, they have been shifted to the hut near the academic block. Students are enjoying the change as this is an open classroom.

You can read the english version too...

Interview of Kailash Kumar (English Version)
Q: What is your name?
A: My name is Kailash Kumar.
Q: When did you join the school?
A: In, February, 2000 I joined the school when I was 20 years old. I joined here as a peon.
Q: At that time, what was your salary?
A: My salary was Rs 1500, but for one month they gave me only Rs 1200. Then I requested to the principal Mr. Jayant sir to pay me Rs 1500 per month because this salary was decided between us when I joined the school.
Q: When you joined the school, who was the Principal and Vice Principal of the school?
A: When I joined the school, the Principal was Mr. Jayant Biswas and Vice Principal was Mrs.Veena Verma.
Q: How many blocks were there at that time?
A: There were three blocks and two rooms.
Q: What were the transportation facilities for the students?
A: There were 2 buses which picked up students from Lunava, Sewari, Bijapur, Sela, Falna, Bali, Radava, Mundara, and Kot.
Q: How many teachers and students were there?
A: There were approximately 300 students and 15 teachers.
Q: What was the reputation or condition of the school at that time?
A: At that time the school was well reputed in Bali Tehsil.
Q: Who was the sports teacher?
A: Mr. Gajraj was the sports teachers and he resigned in 2005.
Q: Did volunteers visit our school?
A: Yes volunteers visited our school. The Putney Group for one month in the month of July and three volunteers who visited the school in the month of September stayed for six months. They taught the students and played with them.
Q: When did Mrs. Parineeta Ranpal join the school?
A: In 2006, Mrs Parineeta Ranpal joined the school as our New Principal.
Q: Were there any other contributions during her tenure?
A: During the rainy season as the roads were muddy it was not possible for us to go to school so her main contribution was to get the bridge and coal tar road constructed.
Interview By : Kushagra Singh, Vishal Chundawat, Vaishali Rao & Mahima Gehlot (Class XI)
Campus Survey 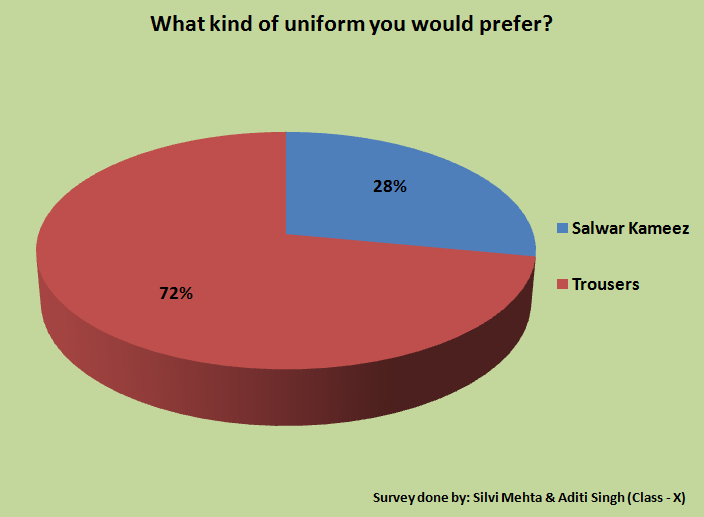 Compiled by Bharti Rao for The Fabindia School. Thanks to Ms. Deepika Bhatt and our Principal Ms Deepika Tandon for their support.
Email ThisBlogThis!Share to TwitterShare to FacebookShare to Pinterest
Newer Post Older Post Home