WEATHER
School instruments read a new temperature reading each day due to fluctuation in temperatures. If days are as hot as 25°C, nights record as low as 7.4°C with haze and cool winds blowing from the North East. But snow in Shimla on Sunday foretells that another cold wave will knock at Bali door soon. This weather is specially bad for viruses as they catch up soon with people who have low immunity. So take care readers.
SKILL
Monday, 1st February: In order to give students a proper training of Aerobics, Mr. Tarun Mishra is conducting sessions to give regular practices to students. At the same time he is preparing this keeping in mind the upcoming Sports Day and also to motivate students learn new skill and become true sportsman.
SPORT
Monday, 1st February: During PDP Sports Department discussed strategies to organize the Sports Day in coming week. Mr. Surendra Singh HOD Sports took the meeting. It had been decided to include variety of sport events to make students master their different skills.


Monday, 1st February: DEAR was observed in all the classes. The Senior classes had their FA 4 in their respective classes.
Tuesday, 2nd February: All the students were seen preparing for the Sports Day. Sports teachers are working hard to make the Sports Day a grand celebration.
School finally formerly registered for Scouts and Guides. Mr. Manish had taken training last year, while Mrs. Bharti Rao will attend for Guides at Jodhpur from 16th February to 21st February.
Wednesday, 3rd February: Mr. Prashnat Bapna and Mr. Vikram Shelke visited the School to give a demo on Sesame Street Pre-School program from Sesame Schoolhouse Pvt. Limited, to Junior School teachers. School has introduced the curriculum in Junior School from this new term.
Thursday, 4th February: Khushi Rao/ X/GH, Pooja Dutta/ XI/GH, Khushboo Rajpurohit/ XI/TH, Blessy Maria/ XI/DH, Muskan Rathore/IX/TH and Kirti Malviya/ IX/ DH escorted by Mrs. Bharti Rao participated in IIMUN (The Indian International Model United Nations,) Udaipur hosted by Heritage Girls School. The organization conducts Model United Nations conference, run by an event management company called Aufklaren Event Management LLP where students participate from various parts of India. The Championship conference of IIMUN moves to a new venue each year and attracts over 3,000 school students from more than 10 countries, making it the Asia's largest youth conference. Students are given an agenda and a country to represent in a debate. The final decision that the House agrees on is sent to United Nations to be discussed there. 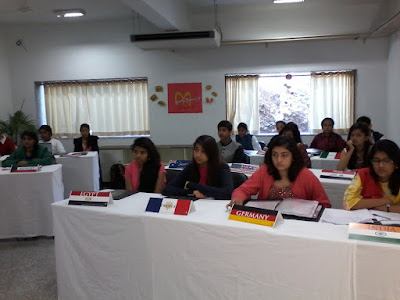 Friday, 5th February: The School had its usual run through of FAs. Students were given task to keep the surrounding clean. They had been given different areas to look after and maintain its cleanliness.
Saturday, 6th February:It was declared a holiday for students to pay homage to our beloved BEO of Bali, Shri Sobhagya Singh Ji Rajawat who passed away in an unfortunate accident. Yet, teachers came to school for their PDP session, where a lot of discussion took place on proposed topic EMPATHY. Junior School teachers also attended their PTM for the introduction of the new curriculum to parents.
Mr. R. K. Rodla, Ms. Prableen Sabhaney, Ms. Poonam Singh Chauhan, Chairman Mr. Sandeep Dutt, visted the School for the Budget Board Meeting. From the School Principal Ms. Deepika Tandon, Admi-in-charge Mr. Sandeep Singh and PA to Principal Ms. Swati Sood attended the meeting. The visitors left the same day for Delhi.
Our thanks to Mr. Yogendra Mertiya (President Alumni) for conducting a survey for School to give a feedback to the management. 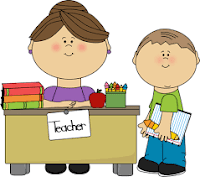 Dowry originated in upper caste family as a wedding gift to the bride from a family. The dowry was later given to help with marriage expenses and became a form of insurance. Although dowry was legally prohibited in 1961, it continued to be highly institutionalized. A bridegroom often demands a dowry consisting of large sum of money, furniture, electronics, etc.
The practice of dowry abuse is rising in India. The most severe is “bride burning” in which women are burnt whose dowries were not considered sufficient by their husband. Most of these incidents are disguised as suicide. Before dowry is used to give financial security to women but today it has been distorted and assumed the shape of evil so, it must be stopped.-Uttam suthar/XA/ GH
Email ThisBlogThis!Share to TwitterShare to FacebookShare to Pinterest
Newer Post Older Post Home