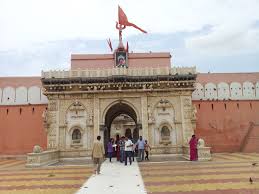 Karni Mata was a female Hindu warrior sage born in the Charan caste. Also known as Shri Karniji Maharaj, she is worshiped as the incarnation of the warrior goddess Durga by her followers. She is an official deity of the royal family of Jodhpur and Bikaner. She lived an ascetic life and was widely revered during her own lifetime. At the request of the Maharajas of Bikaner and Jodhpur, she laid the foundation stones of Bikaner Fort and Mehrangarh Fort, the two important forts in the region. The most famous of her temples is in the small town of Deshnoke, near Bikaner in Rajasthan, and was created following her mysterious disappearance from her home. The temple is famous for its white rats, which are treated as sacred and given protection in the temple. Another temple dedicated to her during her lifetime differs from others in that it does not contain an image or idol of her, but rather contains a foot-print to symbolize her visit to that place. Karni mata is also referred to as Nari Bai. 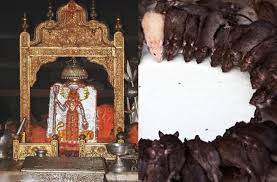 According to tradition, Karni mata was originally the wife of depoji Charan of the village of Sathika. However, she later expressed to her husband her unwillingness to engage in matrimonial relations. He initially humoured her, thinking that she would relent in time. Instead of doing so Karni arranged for him to marry her own younger sister Gulab so that he might have a proper married life. She herself remained celibate all her life, with the concurrence and support of her husband.
Karni lived in her in-laws' village for about two years before leaving with her followers and a herd of cattle to live a nomadic life, camping at sunset. One such camp was made at the village of Jangloo; but a servant of Rao Kanha, who was ruler of the place, denied them access to water for the people and cows. Karni Mata declared her follower Rao Ridmal of Chandasar as new ruler of the village and continued on her journey. When she reached near Deshnok, Rao Kanha himself came to oppose her camping but he died. Karni Mata stopped wandering further, and settled there. Her husband Depoji died in 1454.
In 1453, she gave her blessing to Rao Jodha of Jodhpur for conquering Ajmer, Merta and Mandor. In 1457 she went to Jodhpur at Rao Jodha's request, to lay the cornerstone of the fort at Jodhpur.Her first temple was constructed in the village of Mathania during her lifetime by her follower Amara Charan. In 1472, she arranged the marriage of Rao Bika, the fifth son of Rao Jodha, and Rang Kunwar, daughter of Rao Shekha of Pungal, to turn the enmity of the Rathor and Bhatian families into friendship. In 1485, she laid the foundation stone of the fort of Bikaner at the request of Rao Bika. In 1538, Karniji went to visit the Maharaja of Jaisalmer. On 21 March of that year she was travelling back to Deshnok with her stepson Poonjar and a few other followers. They were near Gadiyala and Girirajsar of the Kolayat tehsil in Bikaner district when she asked the caravan to stop for water. She disappeared there, reportedly at the age of 151 years. In Rajasthan, the goddess Karni Mata is believed to protect the Krishna Saara Mriga (blackbuck).
ALUMNI 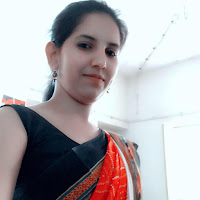 INTERVIEW
[ED: Editor, VRT: Vimmy Rajpurohit]
ED: In which year did pass school?
VRT: I passed out in 2007.
ED: What did you do?
VRT: I did my MBA from Udaipur.
ED: How did you like returning back to school?
VRT: I was very happy returning back to school and rememorizing my school memories..
ED: What is the development that you have seen after you left school?
VRT: Solar Array have been installed, two new blocks have been constructed after I left. The school has more clean water facility by installing an RO Plant. The Campus has become more lush and green.
ED: Are there any teachers in school teaching when you were studying in this school?
VRT: Yes, Mr. Byju Joseph and Mrs. Bharti Rao are the teachers who taught me and I am happy working with them again.
ED: Do you remember any of your batch mates? Are they still in contact with you?
VRT: My batchmates were Heena Vyas, Sonal Punmiya, Kshemendra Singh, Gajendra Singh. Yes, they all are in contact with me..
ED: Why did you want to teach in this school?
VRT: This school has given me a lot.. All what I am today is because of my school and teachers. Its my turn now to give something in return and do good for my school.
STAFF
INTERVIEW
[ED: Editor, PGN: Partha Guin]
ED: When did you join school?
PGN: 18th April 2016.
ED: Who was the Principal at that time?
PGN: Mrs. Deepika Tandon.
ED: What type of environment do you find school?
PGN: The environment is like Shantiniketan Pathabhavan which is open and green environment. Rabindranath Tagore always mentioned this type of environment for School Education..
ED: Which classes do you teach?
PGN: I teach VI-X.
ED: What is your qualification?
PGN: MVA (Master of Visual Arts).
ED: What is your experience in this school?
PGN: I have had a lot of experience related to Computers.
ED: What message would you like to give to the students?
PGN: Follow your heart. Success will come to you automatically.
We the staff of The Fabindia School deeply condole the untimely and sad demise of the mother of Mrs. Urmila Rathore, who left for heavenly abode on 9th March’17. We pray Almighty to grant peace to the departed soul; may God bestow strength to the bereaved family to bear this irreparable loss.
SKILL
Exams
Exams have come
So from every nook and corner you here
No play, only study.
Leave your video games
Leave your cell phones
Only study, study and study.
Get ready with your books
And only study, study and study.
Charu Vaishnav/ VII/ RH
Examinations
The word ‘Examinations’ brings fear, stress and tension in a child’s mind. Why does this happen? This question revolves often in my mind. Is it because the child has not done regular study the whole year round or something else? Exactly, it is that way. A child does not do his regular studies and so he has a fear of failing. He keeps up late at night to cope up with his studies which causes stress for not having a good sleep. He keeps on studying without a break which gives his mind tension. My suggestion is that even during exams time we should keep our mind fresh and take a break. The whole year round do regular studies and you will be out of fear and stress during examinations. For examinations is nothing but an evaluation of our learning that we do the whole year round. -Anumesh Rao/ VIII/ GH
STUDY
Thursday, 16th March: SA II for Classes VI to IX and Final Term Examination for Classes Nursery- V, XI began from Thursday. School is going through very serious times of exam. Students hardly run around and play. School gets over at 1:00 PM. The teachers are busy in correction work. The students of Class I- VIII, XI were shown their Exam Papers and the marks obtained in SA II on 18th March.
Email ThisBlogThis!Share to TwitterShare to FacebookShare to Pinterest
Newer Post Older Post Home