News
30th January 14: Martyrs Day was celebrated in the school. In the school assembly students gave speeches and recited a poem on the occasion of Martyrs Day. During the silent hour a silent prayer was said by all the students at 11.00 am.

31st January 14: As usual Friday activity was carried out in all the classes.

1st February 14: A number of activities were carried out in the school. Students of Class VII and Class VIII went to do social service. They went to Dantiwara village to create awareness among the people. The students went door to door and told the villagers the importance of girl education, sanitation, hygiene cleanliness, etc. Class VI remained in the school and did SUPW in the school. Class III to V had cricket match in the first half while in the second half they went to the library to specialize their reading skills and there were also music and computer classes. Class I and II played dog & the bone. Along with one teacher students of class eleven assisted them. The rest of the teaching staff did their work in Fedena (School management software). Class IX and X had regular school.
Point of View 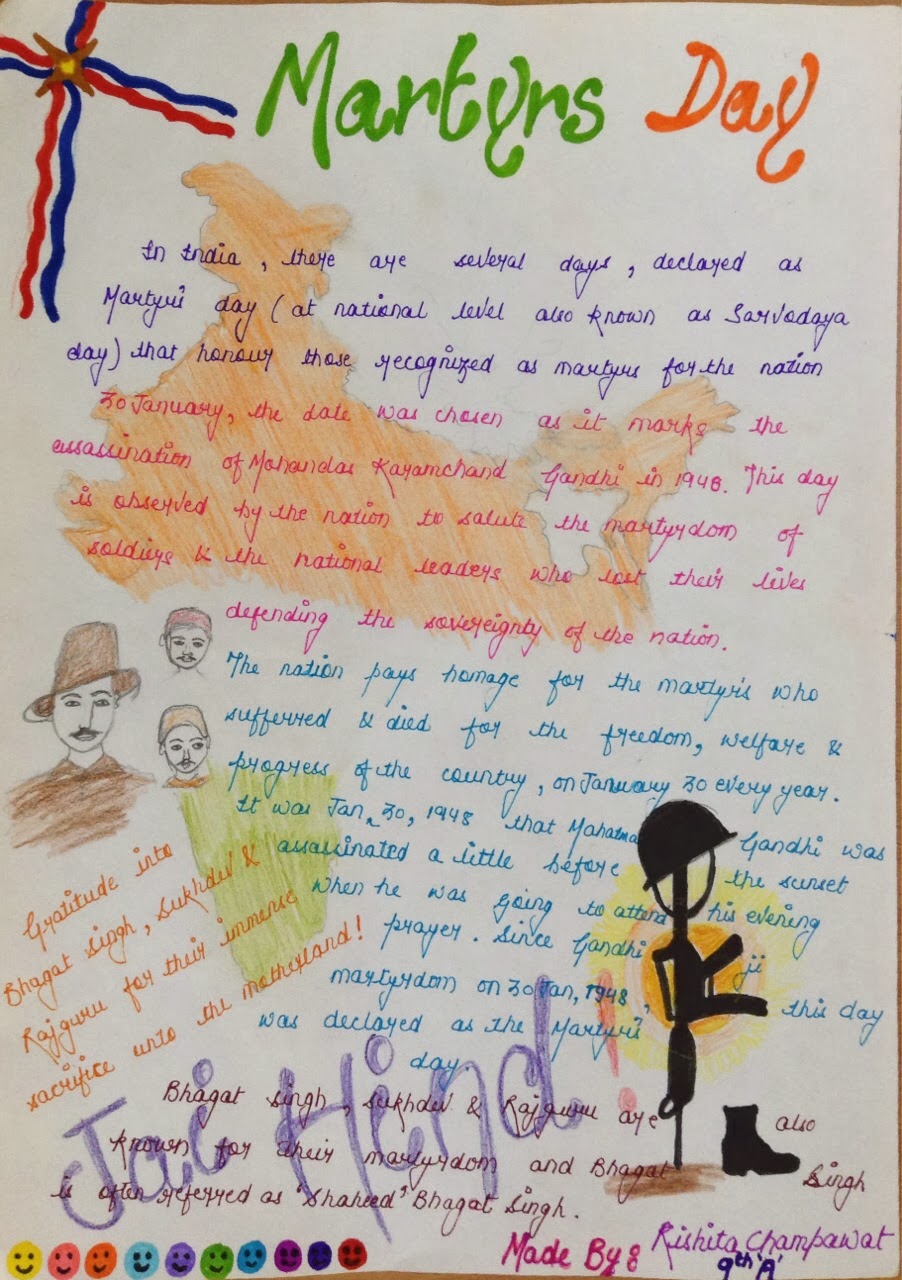 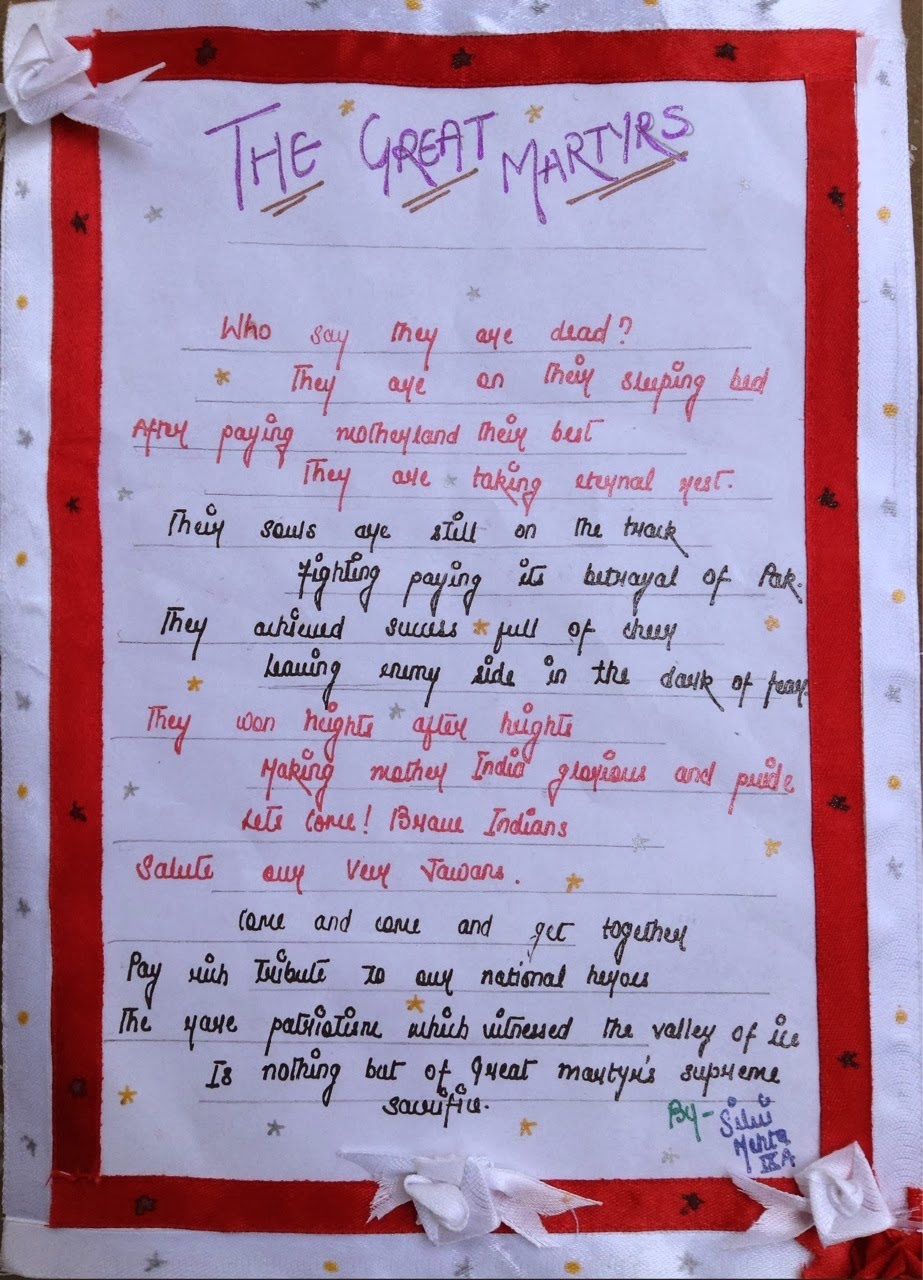 30th January 1948
30th January 1948, the day when 'The Father of Nation' Mahatma Gandhi was assassinated is known as Martyrs day. Mahatma Gandhi played an important role in the Independence of our country. He was a great freedom fighter who believed in ahimsa. On 30th January 1948 three bullets were penetrated in 78 year old Gandhi's body by Nathuram Godse. Today his philosophy of life is much more relevant than ever before. Though Mahatma Gandhi is no more with us yet he will always remain alive in the people's hearts.