Weather
Incessant hailstorm, lightening, thunder and cloudbursts ended the quiet and calm cloudy week on Saturday. Students attended school to give exams in torrential weather on Saturday. Hope the Sunday is quiet and sunny. Hailstones with 2 cm diameter spread all over the campus, covering it in a white spread. Maximum temperature fell down to 25°C. Minimum temperature 15°C on Saturday. Humidity shot up to 60% .

Service
Mr. Dilip Singh Inda (TGT teacher for Social Studies), from Falna and Mr. Amit Bhatnagar, (PGT Teacher for IT); Bharti Sharma (PRT from Falna) have joined the school as new faculty for the year 2015-16. We welcome them to the school fold and hope they have a rewarding time with us.

We are sad to see Mr. Sarvar Khan leave. He resigned to go back to his home town to pursue further studies. The school wishes him all the best for his studies and hope he returns to the school to teach Physical Education to Class XI and XII.

Thanks to the Admission Committee comprising Ms. Bharti Rao, Mr. Byju Joseph, Mr. Ajay Vijaywargi, Ms. Sharmila Vijaywargi, Mr. Dinesh Bharti, Ms. Vimmy Rajpurohit and Mr. Sandeep Singh for their efforts to visit one village each week in order to spread the mission and vision of the school. They are helping enrol new studenst and meeting the families who have applied for scholarships for their wards at The Fabindia School. This helps ascertain the  families that really need financial aid for their children to attend school. Parents do seem to welcome this proactive approach of the school.
Skills
Thursday, 12th March: Mr. Kartik Bajoria who runs Bold, a writing solutions boutique that offers services to television channels, production houses and social media agencies. He went around the school and communicated with few students and teachers to get an idea of their potential for music and drama. He will help the school in coming up with a music school in the coming year. If all goes well he will also come alternate Saturdays to teach Indian Classical music to students.

Friday, 13th March: Mr. Sunil Malhotra, owner of Ideafarms- a Delhi based; Innovation in ICT services and software company, visited the school to understand school's IT system and to facilitate media in classrooms. He will help school find ways to teach students through mobile phones, Tabs or monitors. Mr. Sandeep Singh will be mentored under him to develop the IT integration into classrooms at the School.

Twelve Loomis students escorted with Ms. Mollie Pond and Mr.Adman Rabrie arrived. They were welcomed at the Sewari Farm by Class XI students with traditional garlanding and tika. They had gone early to the farm to decorate it with Rangoli and marigold flowers. Later in the day they joined the Loomis students in Ice Breaking sessions. Thanks to Ms. Kamini Prakash for setting the itinerary for this trip for the school. Two employees of Pravah Mr. Sulabh Kumar and Mr. Tarun Anthony will support Ms. Prakash to do rural mapping of the Dhani, a village they had selected on their planning visit un February 2015.

Saturday,14th March: Loomis students and the Fabindia Students were divided in five groups with five students in each group. They were given five topics: Social, Cultural, Economy, Governance, Environment and health. The students visited the Dhani. There they interacted with the people, asking questions on the topics planned for survey on mapping. 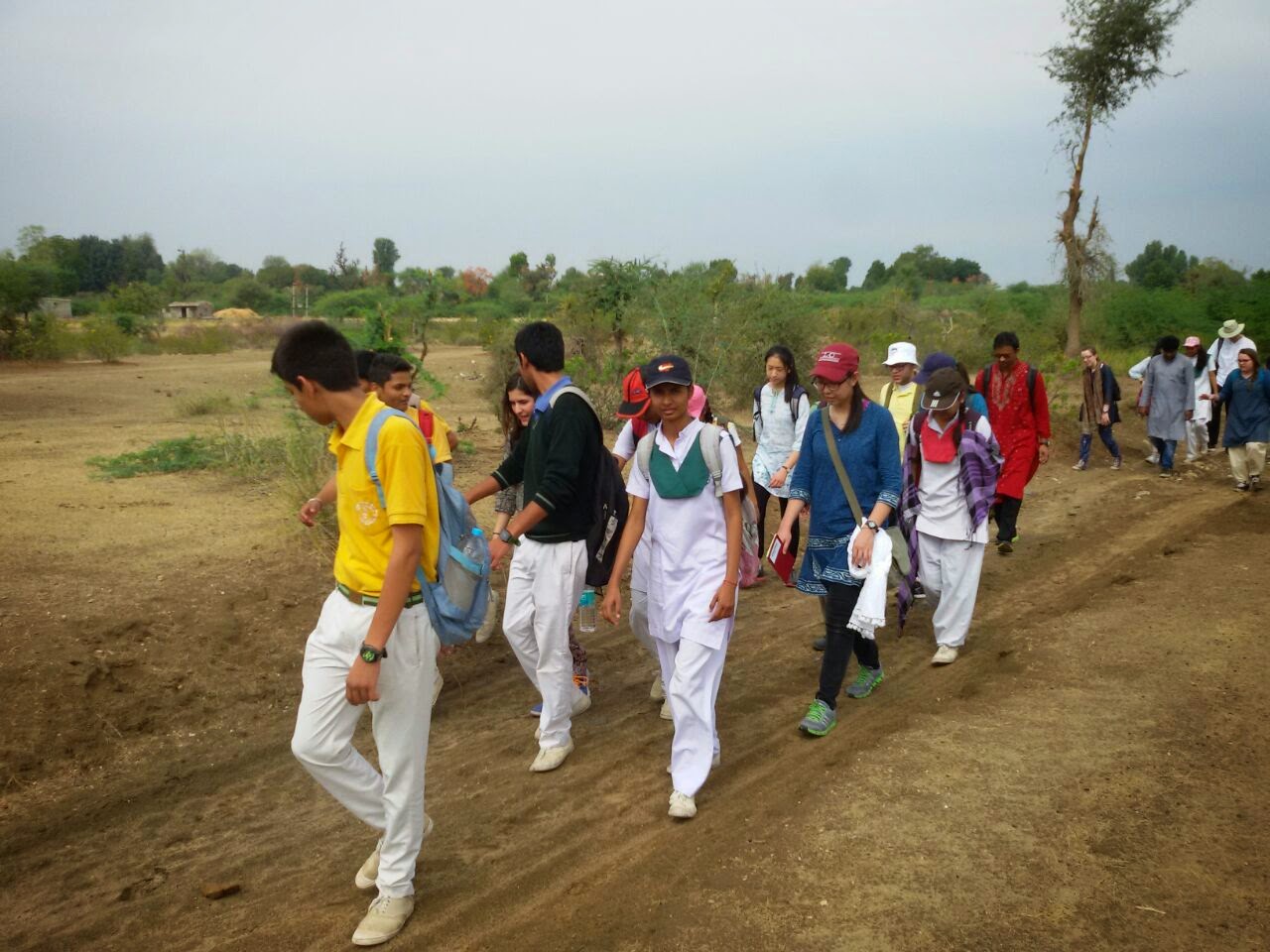 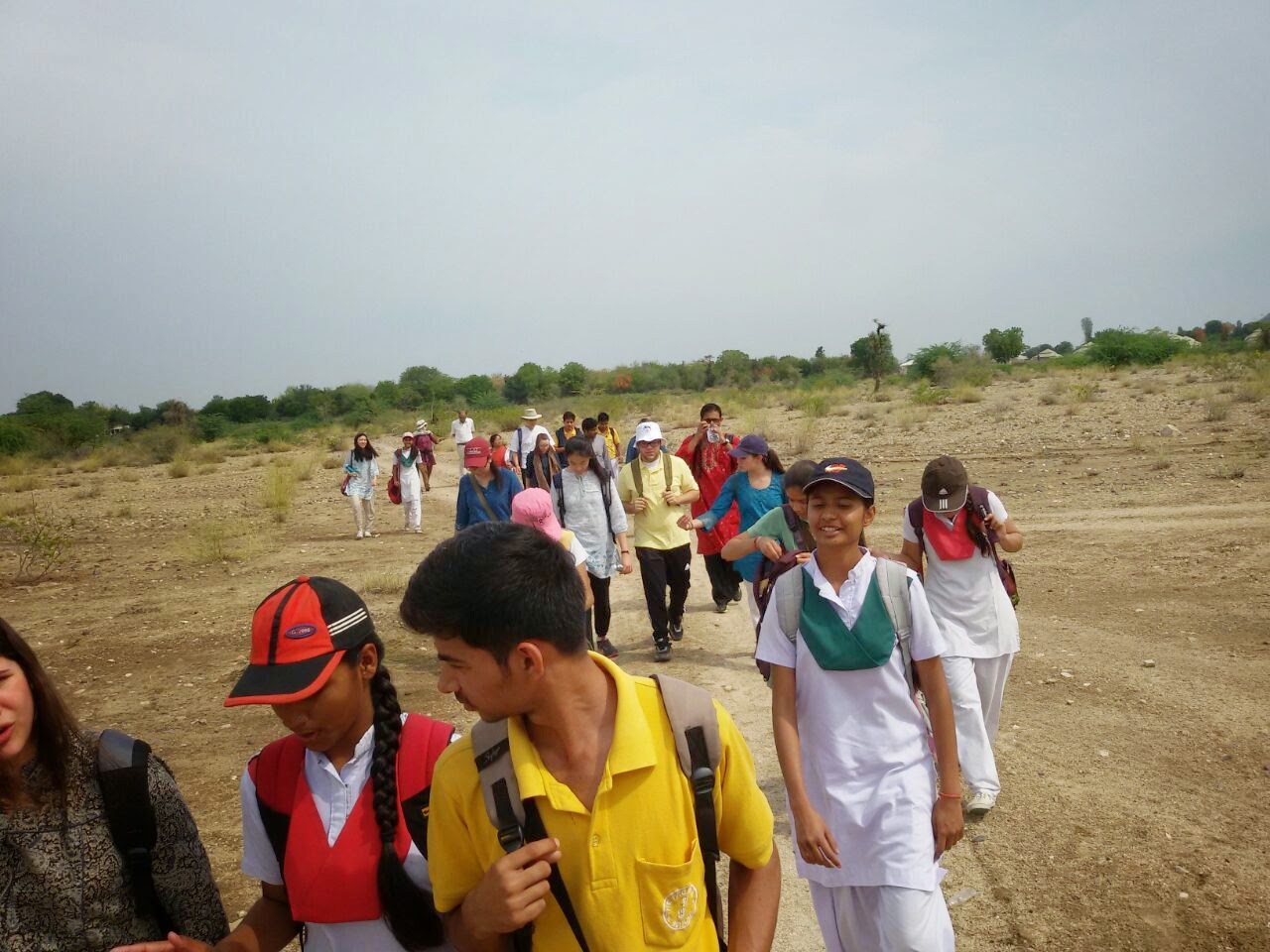