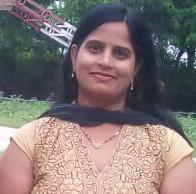 The word ‘TIME’ is really very precious. Once if it has gone then it will never come back again. It is necessary to value time and give importance to it. Time has power to heal in every situation. When something doesn’t work on time I used to get irritated. Earlier I felt in the classroom that all students in a classroom should come up equally. Though I worked hard it didn’t happen. At that time I really used to get very disappointed. Thank god that I have learnt to have patience after doing Professional Development Program (PDP) that how to give time for some situations to overcome.
Here is a small example regarding TIME. Lenin, a student of Grade One who joined this year is a very shy and pampered boy. He often used to cry for small things. It was difficult for him to adjust in a new class. For me it was a challenge that how he should learn to have trust and faith in his teacher. Slowly he began to interact with teachers and mingle with his friends. As the time passed this challenge was solved but now again a new challenge of writing. When the whole class could complete their written work of one page in 15-20minutes, this boy took more than 45 minutes to complete his work. I and other teachers teaching in his class were worried because if he kept on completing his pending work, when will he play and do other activities along with his friends. I wanted to know that why this boy is not able to catch up the speed along with his age group students. When I directly spoke to his mother regarding this she told that it was a hereditary problem even his grandpa and his father also had this problem. Then I realized that he should be given time. Now after six months he has really improved and gets time to participate in all the co-curricular activities. He has also started working along with his classmates. So I feel that every child needs TIME to overcome any challenge they face and we need to have patience with every child.

ALUMNI
Ashish Saharawat (Batch 2012-13) passed the School in 2013. He was good in Sports. He participated in Inter-School and Inter-House Tournament in Football, Cricket and Basketball. He did his Hotel Management from North Shore International Academy, Auckland, New Zealand. Nowadays he is working in Novotel Auckland Airport. His message to the students is that never lose hope, keep on trying and you will surely succeed.
STAFF 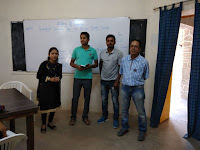 Tuesday, 19th September: Staff had PDP Session on that day. Mr. Ajay Vijaywargi read out a thought ‘Qualified Teachers Are Not Always Quality Teachers ’ from the book “Can We Teach a Zebra Some Algebra “by Debashis Chatterjee”. Staff then discussed their opinions, gave their views and uploaded a writ up with graphics and photo in Alchemy of Learning
SKILL 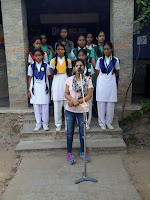 Ms. Vimmy Rajpurohit/ Educator gave an Assembly Talk on World Population Day. She told them what it means and the importance behind celebrating it.
World Population Day is an annual event, observed on July 11 every year, which seeks to raise awareness of global population issues. The event was established by the Governing Council of the United Nations Development Program in 1989. It was inspired by the public interest in Five Billion Day on July 11, 1987, the approximate date on which the world's population reached five billion people. World Population Day aims to increase people's awareness on various population issues such as the importance of family planning, gender equality, poverty, maternal health and human rights.
World population day is an international level awareness campaign being celebrated all over the world to call people on stage to know the reason of this exploding population year by year as well as solve the big mistake of whole human fraternity. This great awareness event is to bring a population revolution globally as well as breaking sleep of all the deeply slept people to pay their full attention and help in combating this population issue.
Don’t forget about Yourself- Feed Your Motivation
Motivation plays a huge role in our success in anything we attempt. If we want to lose weight, we take our work out to the next level. To get a promotion we must find and feed our motivation. Motivation will help maintain our focus when we hit those bumps in the road that we all hit. We may get sick while training, may spend a couple of weeks at a plateau as we as losing weight or our competition may get the first promotion. Whatever the bump in the road will happen. It’s just the way the world works, but if you want to be a successful person you have to continue feeding our motivation. -Harsha Suthar/ X/ DH
SPORT
Saturday, 23rd September: Rounak Chouhan/ XI/ DH had been selected to play at State Level for Under 17 Hockey Tournament.  She completed her training and returned on 23rd September and shared her experiences with her friends.Congratulations Rounak.
STUDY 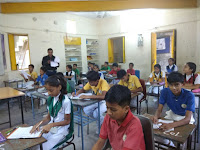 Monday, 18th September- Saturday, 23rd September:  Students had their Half Yearly Examination.Teachers were busy with correcting copies and sharing feedback with the students. Oral Examination for Pre- Primary and Primary classes were conducted on 18th September and after their main written papers.