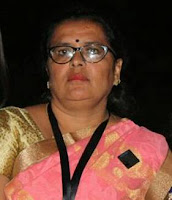 Value Education is essential to develop a healthy family and a healthy nation. Seeing the present scenario of the schools it is awful. Education system is the shorn of teaching and inculcation of the value system has miserably failed in present schools
The increasing violence and lack of discipline has made it difficult for schools to introduce moral education. Do you think the present generation is to be blamed? No, children alone cannot be blamed for this. The main reason for this is the overexposure to media, lack of emotional strength, overambitious nature of the students, peer pressure and deterrence. Schools nowadays looking at the tough competition pay more focus on academic performance.
Lack of moral education spoils the child, harms the society and the country. It also spoils the school culture and environment. To overcome all these problems schools need to impart life skills, social skills, moral values and an approach to character building. Students shoud be counselled regularly, inspiring talks should be given in the Assembly and a perfect parent-student-teacher relationship should be established. Value Education lessons should be given to students and they should be taught to be positive.  Students should be taught to face the world with positive and moral values-Bharti Rao/ Educator
ALUMNI
Interview
(ED: Editor & SP: Shinu Philip) 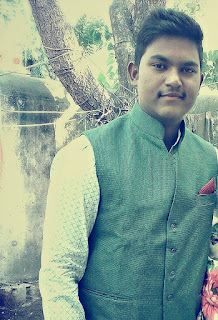 ED: What is your name?
SP: My name is Shinu Philip.
ED: Which was your batch year?
SP: My batch year was 2014-2015
ED: Who were your batch mates?
SP::  My batch mates were Rishiraj Singh Champawat, Krishnapal Singh, Bhavesh Soni, Lokhraj Sandhu etc.
ED: Have you ever participated in any activities, tournaments?
SP: Yes, I was an active cricket player and also a football player
ED: What are your present qualifications?
SP: I am studying MBBS. at International School Of Medicine ISM, Bishkek Kyrgyz Republic
ED: What was your experience at Fabindia School?
SP:  School helped me form my foundation, I still remember those days when I was in school and I used to do mischief. and not pay attention to studies. .
ED: Will you like to give any message to your juniors, school, or friends etc.?
SP:  Yes, I would urge juniors to focus on their studies as well as other activities and not to take studies lightly. The importance of studies I realize now, so work hard and achieve success.
STAFF 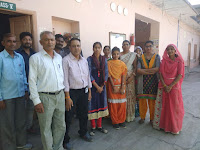 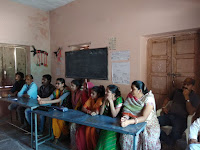 Tuesday, 27th February: Mr. Ajay Vijaywargi escorted by Ms. Ishu Chouhan visited The Sanskar Public School, Koselav for LFIN Bali Chapter. They conducted My Good School Program and showed a presentation to and how it worked in the school They got a positive response from their side and the first meeting was fruitful and intellectual.


NEWS & EVENTS
SKILL
A Student's Life
A Student's Life is considered to be the most happiest part of an individual's life. During this period an individual spends a carefree time which is not affected by the worries and miseries of the world.It is time when one prepares for his future, so it is of great importance. Whatever a student does during this span of time ultimately impacts his entire life. This stage acts as a base during which an individual can give shape to the future course of his life. Children need to realize that one has to struggle to achieve certain things in life so students need to be more responsible towards their future.- Meenakshi Choudhary/ VIII A/ TH 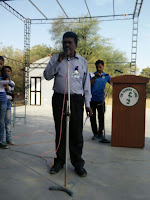 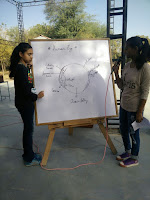 
National Science Day is celebrated in India on 28th February each year to mark the discovery of the Raman effect by Indian physicist Sir Chandrashekhara Venkata Raman on 28th February 1928. 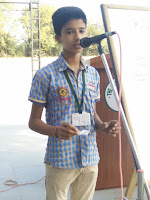 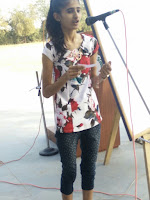 In 1986, the NCSTC asked the Government of India to designate February 28th as National Science Day. The event is now celebrated all over the country in schools, colleges, universities and other academic, scientific, technical, medical and research institutions. On the occasion of the first NSD (National Science Day)(28 February 1987) NCSTC announced institution of the National Science Popularization awards for recognizing outstanding efforts in the area of science communication and popularization.
National science day is celebrated every year on 28th February. The celebration also includes public speeches, radio-TV talk shows, science movies, science exhibitions based on themes and concepts, watching the night sky, live projects, research demonstration, debates, quiz competitions, lectures, science model exhibitions and many more activities. 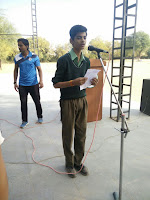 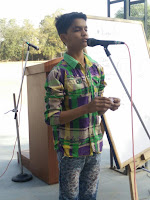 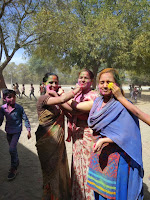 Wednesday, 28th February: On the occasion of Holi the School celebrated Holi in the school campus. The students came in their casual dresses and brought colours with them. Once the celebration started the students sprayed colours both on their friends and teachers.The entire celebration went for one hour and all of us enjoyed it a lot. Even music was also played and the students along with their teachers danced on various songs.
HOLI CELEBRATIONS 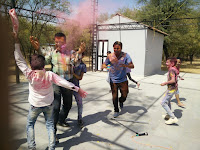 As it is known by all that Holi is the only festival for which majority of the kids eagerly wait for its arrival. On the auspicious occasion of the Holi festival we kids enjoy a lot on spraying colour and colourful water on friends, nearer relatives and family members. This year the Holi festival  brought a double delight for me as I celebrated the festival twice, one day at school with friends and my teachers and another day at home with my family and neighbours. 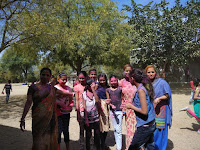 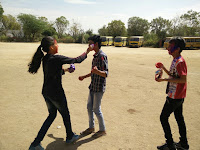 even took safety precautions of applying oil on my face and hair. All of my friends too came in formal dresses and the celebration was arranged in the school. We were accompanied with our class teachers and once the celebration started we kids sprayed colours on one another. We even sprinkled colours on our teachers as they too joined us in the celebration. The entire celebration went for one hour and all of us enjoyed it a lot. Even music was also played and we danced on various songs.
Holi celebrations at Home
We family members and neighbours had already  decided to save water and celebrated the festival in a eco-friendly way, hence on the auspicious day of Holi festival we avoided the usage of water and harmful chemical based colours. I sprayed colours on my family members even neighbouring friends. Relatives too visited us and played Holi by spraying colours. I even followed the safety precautions by applying oil on face and hairs and even avoided the spray of colour in eyes and mouth.
Even though I got double enjoyment on celebrating the Holi festival at school and home but has taken the pledge of saving water which is most precious resources for humans.
Anumesh Rao/ X/GH