Work Culture for an Educator 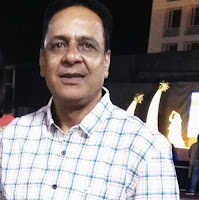 An educator should include some important points in his/her teaching so as to improve his/her teaching strategies'. As an individual he should always enter the class with full preparation of the topic to be taught that day, this will help in improving his subject knowledge and  should use technology to its fullest, he should be organised i.e objective of the lesson taught and methods used should be result oriented. If objective is clear then definitely the work will be organised as the objective and knowledge gained and retained by the students will help him in evaluating himself and questions should be asked to the students will give us the feedback of our teaching and will make this a teamwork rather than simply giving a lecture which will be one sided with no interactions.

When this team of educator and learner is created then one can expect positive results as a teamwork, this will help you grow as an individual and as a team leader and become a facilitator. Ask students to use technology take their help in teaching learning sessions,so that they become your important teammate rather then students,this will help in creating harmony between educator and learner where the learners will not hesitate in asking their difficulties and communication will increase which in later stages always give better learning outcomes –the ultimate goal of an educator. -Ajay Vijayvargi.

STAFF
EDUCATOR THIS WEEK: Ms. Manisha Deora / Educator was selected as Educator This Week for her dutiful and friendly spirit.
Ms. Manisha Deora expressed that, we must make the world honest before we can honestly say to our children that honesty is the best policy. She also quoted John Ruskin's quote:"To make your children capable of honesty is the beginning of education"
The Staff wished Ms. Kavita Devda a Happy Wedding Anniversary. May God bless her and a bright future!

Ms. Deena Kunwar M/O Pradhuman Singh was selected as Parent This Week. She addressed the Assembly. She was concerned  for girls and told them that if they had any problems they should share it with their teachers. She praised the School and asked the students to work hard and be a pride for their school and parents. She told the students that people do not have work expect making talks about someone or something. But we should ignore all these things and move forward in life. (ED: Editor, DK: Deena Kanwar)

ED: How many of your wards are studying here?
DK: My one ward is studying here who is in Class .
ED: Have you achieved your goal?
DK: No, I have not achieved my goal because in my time we did not have idea to think that what should be our aim. So I opened my own school and became the Principal of Mayur School.
ED: What message would you like to give to the students?
DK: I would like to give the message that they should study well and give their best performance and give pride to the school and parents.
ED: What do you expect from the school?
DK: I expect from the school to give better education to the students and help them to achieve their goal.
ED: What do you expect from your child?
DK: I expect from child to do less mischievous and have concentration on studies.
ED: What difference have you seen in our school and other school?
DK: I saw the studies and language of the school which provides better environment to the students than in other schools.
ED: Would you like to visit the school again?
DK: Yes, off course if  Principal ma'am calls me I would like to visit the school again

STUDENT THIS WEEK: Meenakshi Choudhary/ IX was selected as the Student this Week for her disarming candour and excellence in academics. She motivated the students by asking them to be work hard to achieve success. She related a story and told them never to give up. She said that don't lose hope or give up on your failures. She said that never give up until you get success. She gave an example of site alibaba.com whose owner faced failures for forty times but he never gave up till he got success so, same philosophy we should also follow.

SKILL
India is a vast country, which is also known as democratic country. But the question is till now is it democratic? No it is not democratic in the case of women, they are not safe at all because of the cheap thinking of men. They are discriminated till now in some places of the country. They are not getting job opportunity as men get. They are raped, they are beaten by their husband like an animal called domestic violence. In case of girls, parents sell them to earn money. They get their girl child married at a very young age. Through this and networking sites men wants to take advantage of girls and women.

In the case of Asifa there was 6 men who raped the little girl and she was just 8 years old girl who lived in Kathua near  Jammu & Kashmir. She was raped continuously for 7 days and she was raped in the temple of Kathua. In this case there were two police man and one  old man. And she was murdered brutally by bricks, we ask for justice for Asifa that the culprits should be hanged to death and they should pay 7,00,000 rupees.
The government of the country who introduced many laws for other crimes should also take out strict laws against this crime. For that women also need to be trained as men, fight for their soul and for them. Women who do not fight for themselves should fight for themselves..
At last I wish that women who have not got freedom till now, shold be soon given their freedom and be able to fight against these kind of criminals. We should respect the women and provide measure for safety for women.-Anumesh Rao & Diksha Choudhary/ X/ GH

Friday, 27th April: That day Colour Connect Activity was organised in school for Pre-Primary students. Children came in their favourite colour dress in school . They played a game Tipi Tipi Top which colour do you want? They enjoyed a lot . Children coloured icecream sticks with colour and they sorted different coloured buttons and pasted it on the icecream stick according to the instructions given by their teacher . All the children spoke about their favourite colour . They enjoyed a lot .
Saturday, 28th April: A friendly cricket match was organised for students of Class VI- XII.

Then they had House Meeting where they gave auditions for IH Debate Competitions.
IH Speech Competition and IH Solo Western Dance Competition was organised for students of Class I-V. The students gave a mind blowing performance. Results awaited. After the competitions they had GK, Value Education and Public Speaking Classes.
Email ThisBlogThis!Share to TwitterShare to FacebookShare to Pinterest
Newer Post Older Post Home