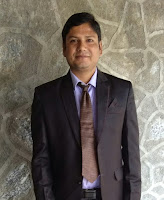 Student life is very important for each individual because this is the time when he/she lays a foundation for their future, but the surprise is that, most students do not value time and do not understand that time once passed will not come back. While teaching the time chapter, I asked my students what is time?, then one of them answered that the time is in your hand (watch), and then other said that has passed, that was the time.
Everyone gave different answers because they did not know much about time. They also did not know about the importance of time, they only knew that it is a name of chapter which is in our book. But after teaching them about time and  its importance in everyone's life and how we convert seconds into minute, minutes into hour, hours into day, days into weeks and month, months into year, years into decade and decades into century they understood the meaning of time.
Time has no religion, you can not buy or sell it, it is not less for anyone and it is also not more  for someone, It is equal for everyone. It does not stop for anybody.
Time cannot move faster or slower for anyone. It is like a cycle that keeps on running continuously. Those who use time at the right moment are more successful in life than others.
Time is precious. Therefore Kabir Das has also said
Kaal Kare So Aaj Kar, Aaj Kare So Ub
Pal Mein Pralaya Hoyegi, Bahuri Karoge Kab.
i.e.Don't leave your work for tomorrow, do it today. If you lose the moment, it will be difficult to finish your work.- Suresh Negi/ Educator
STAFF 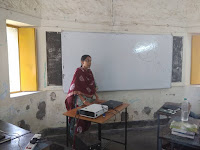 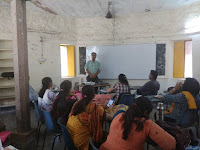 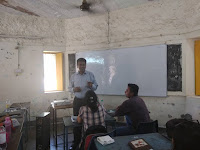 group. To enhance the reading, comprehending and speaking abilities story telling and public speaking session was organised. The educators narrated interesting stories with a moral which will be applied in their teaching. They also spoke on topics of their own. They were given feedback and wrote their learning of this activity. 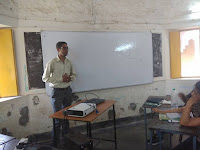 HOD Meeting was organised in which micro teaching was done, lesson plans for the month of July were made, question papers were discussed and syllabus break up was discussed.
SKILL
I read a story  in which there was  a strong bonding between the grandmother and her granddaughter. The granddaughter always asked questions and the grandmother answered all the questions. One day the granddaughter found  a trunk. She asked the grandmother that what is this? Then the grandmother said that I will show you,as she  opened the trunk the granddaughter saw a beautiful necklace.The granddaughter asked, 'Whose necklace is this? The grandmother replied that this necklace was for her Mami. The girl asked Why the necklace was not given to her mother. Her maternal grandfather replied that now your mother is an outsider He couldn't give the  necklace to her, her dadi would give a necklace to her mother. The talk was over and after spending her holidays the girl went to her home and suddenly one day her grandmother was injured and as the news went to her daughter she called her mother to her home because she wanted to take care of her and the grandmother was fine and she realized that daughter's are not  outsiders. They are the most important persons. She called her granddaughter to tell her that she would give the necklace to her mother not to anyone At last she accepted girls take more care than boys.The message that I got from this story is that girls are love and care for everyone more than boys and they should be equally treated as boys. No discrimination should be done.- Krisha Dave/ X/GH
NEWS & EVENTS

Monday, 7th April: To enhance language and communication skills Story Telling Competition was organised for the students of Class VI-IX. Each and every student participated in the competition. They related beautiful stories which had a moral. They were judged by their Class Teachers. The students learnt to speak confidently in front of others and to make eye contact with the audience. 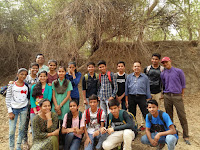 Tuesday, 8th May: That day was the last day of School before it closed down for Summer Vacations. All the teachers gave Holiday Homework in their respective subjects so that they may remain in
touch with their studies in holidays also. English Reading Project was also given to the students to improve their reading abilities. That day the students had fun . Games and dance was organised. Some students even visited the forest area. They had fun and frolic.
NOTE: The School is closed for Summer Vacations from 9th May’18 to 1st July’18.  We will be back with more news and views when the school reopens on 2nd July'18.
Email ThisBlogThis!Share to TwitterShare to FacebookShare to Pinterest
Newer Post Older Post Home