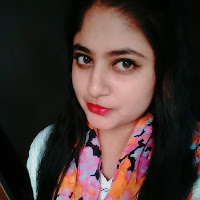 The threat to environment has increased alarmingly over the years. We all owe a duty and responsibility to make our Earth a cleaner and safer place to live in for ourselves as well as for our next generations. But by indiscriminate use of the environmental resources, we have disturbed the ecological balance. It is imperative for us to live in harmony with the environment rather than experimenting with it and over-exploiting it. We should remember that our actions and activities directly and indirectly impact the whole ecosystem
Sadly, there is no part of the earth left that has not been affected by our actions so much so that our planet’s health be it in the form of land where we survive and work on, the ozone layer, the water supply, the wildlife or our species is being put under constant threat.
Though the problem has aggravated to quite a great extent, but it does have a solution. It’s just that we will have to keep faith in ourselves that we can do something for our planet.There are various ways adopting which we can effectively contribute towards the cause. For instance, we can grow more and more trees in our living surroundings,use less of your personal vehicles and habituate yourself to use public transport and bicycles for short distances,You should also use water wisely,Don’t dump the garbage anywhere and dispose the waste in dustbin.These measures would help Save Environment from global war.-Swabhi Parmar/ Educator 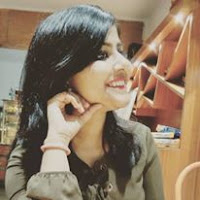 Garima Singh Ranawat (Batch 2010) joined school in 2006. She passed her 10th in 2010 with flying colours. She passed her 12th Boards in 2012 in first division from Cambridge Public School, Jodhpur. She even joined coaching classes and did her coaching from Career Point, Jodhpur. She did her civil engineering from Arya College of Engg. & Research Centre, Jaipur. Nowadays she is in Bangalore. She is a hard worker and has fulfilled her dreams. We wish her Best of Luck for a bright and prosperous future. 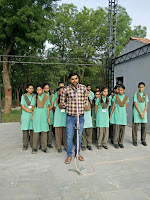 EDUCATOR THIS WEEK:  Mr. Prakash Dangi was selected as Educator this Week for his exemplary results in XII Boards. He motivated the students by his capturing speech .He is very friendly and cooperates a lot with us. He is helpful in nature. He has knowledge about his subject as well as other subjects. He is a very significant speaker. He is very hardworking and determined. He has courage to tell us about his drawbacks and how he has learnt from his mistakes. It is very easy to speak good about us in front of everyone but it is difficult to talk about our drawbacks in front of everyone. He added that teaching is the noblest profession and it is they who make doctors, engineers etc. so we should always respect our teachers because the knowledge  that they impart remains with us till the end of our life. He narrated a story. The story was about a painter who painted a picture and he thought that there was no fault in his painting so he thought to put it in the middle of the city, and he told everybody that who so ever finds any fault in this painting to mark that on the picture. When he came in the evening the painting was filled with marks. So, he took  help from his friend. His friends suggested him to draw another painting. He drew that and he again put it in the middle of the city but this time he asked people to improve the flaws in that painting. Again when he came in evening the painting was as it was. So, the message of  this story  is that it is easy to point out someone's flaws, but it is difficult to improve others mistakes·
Educators had LFIN Saturday where they attended sessions of My Good School, PLP, Brewing Knowledge, Edthena, Fedena and Social Development Program. The sessions were productive and learning was carried out.
NEWS & EVENTS 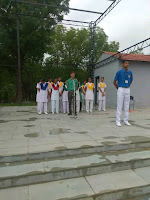 STUDENT THIS WEEK: Kamlesh Paliwal/XI was selected as the Student this Week for achieving 2nd position in Xth Board Examinations. He gave the message to work hard and concentrate in studies.

Monday, 10th July- Friday, 14th July: The School celebrated Environment Week. Special Assembly was organised in which various activities were organised like
Manmanvendra Singh/DH/XII  gave speech on how to Save Environment

Thursday, 12th July: Fourth Day
Students of Class IX sang a song under the guidance of Mr. Ravi Trivedi/ Music Teacher. They gave the message to create awareness and Save Environment and plant trees. 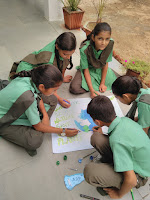 Students of Class IV and IX gave a fabulous dance performance under the guidance of Mr. Hemant Birawat/ Dance Teacher. They gave the message to plant more trees and not to cut down trees for it affects the Environment. 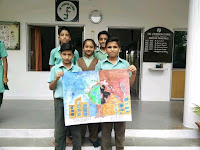 IH Poster Making Competition was organised for the students of Class VI-VIII. Four students from each house participated in the competition. They made beautiful posters based on the theme 'Save Environment" 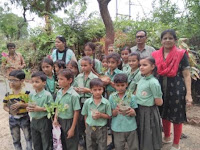 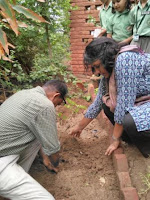 On the occasion of Environment students of Primary Section donated plants. They also planted the plants in the school to make the school more green.