ENGLISH LITERARY WEEK CELEBRATION
WEATHER
Since it is time for winter to set in students are keenly awaiting its onset compared to the raised temperatures in October. School experienced increasingly hot weather during the day. Mornings and nights are pleasant.  Lowest temperature recorded was at 24°C and highest was recorded at 36°C. Wind blew from South East at 16km/hr. Humidity was at 46%.

SKILL
Time
The Time never stops
Nor does it wait
Thus it has second
Minutes and dates
Whole world is on the
Balance of Time
If you miss or waste time,
It is a big crime
Remember this ever,
Forget this never
Past is history
Future is mystery
The value of Time
Is uncountable
The Time had variation
Never ever it is stable
For heaven sake
Don't leave your Time behind
Otherwise Time will be cruel
Not kind
Jaswant Singh/X/RH

THOUGHTS FOR THE WEEK
To me the meanest flower that blows can give thoughts that do often lie to deep for tears.

- William Wordsworth
Everything comes to us that belong to us if we create the capacity to receive it.

- Rabindranath Tagore
Most of the change we think we see in life is due to truths being in and out of favor.

- Robert Frost
Be great act as you have been great in thought.

- William Shakespeare
Take care of luxuries and the necessities will take care of themselves.

- Dorothy Parker
No one is useless in this world that lightens the burdens of another.

- Charles Dickens
Never bend your head. Hold it high look the world straight in the eye.

- Oscar Wilde
Always do right. It will gratify some and astonish the rest.

- Mark Green
Take risks in your life. If you win, you can lead. If you lose, you can guide.

- Swami Vivekanand
A friend who understood your tears is much more valuable than a lot of friends who only know your smile.

Fancy Dress Competition was organized for Pre Primary to Primary classes. It was for first time ever that a Fancy Dress was organized. Students dressed up and varied hues and colours representing different characters of epics, actors, patriots, fruits, etc. They looked highly excited to perform.  Their confidence was obvious when they enacted their parts.

STUDY
DEAR Program conducted in all classes on Monday and Wednesday. Practices for the commencing Annual Day were carried out whole week.

Monday, 12th October - Saturday 17th October: Monday, 12th October was celebrated as the English Literary Day. The whole week was celebrated as the English Literary Week. A number of activities were organized by the English Department both in the Assembly and classes. The activities carried out in the classes were Spell Bee, Quiz, Extempore etc. In the Assembly speeches were given, articles were readout, poems were recited and quiz was organized by the students and teachers all through the week.

Wednesday, 14th October:
Shivraj Chouhan/X/TH spoke on the history of English, its origin and categories. Kritika Mansion/X/GH gave the review of the film “Train to Pakistan.” Suryaveer Singh/IX/DH spoke about William Wordsworth and recited his poem “ What Man has made of Man”.

Thursday, 15th October:
Khushi Rao/X/GH started the day with a beautiful song performance. “I have a dream”.

Only A Dad
Only a dad, with a tired face.
Coming home from the daily race.

Bringing little of gold or fame,
To show how well he has played the game,
But glad in his heart that his own rejoice
To see him come, and to hear his voice.

Only a dad, with a brood of four,
One of ten million men or more.
Padding along in the daily strife,
Bearing the whips and the scorns of life,
With never whimper of pain or hate,
For the sake of these who at home await.

Only a dad, neither rich nor proud,
Merely one of the surging crowd
Toiling, striving from day to day,
Facing whatever may come his way,
Silent whenever the harsh condemn,
And bearing it all for the love of them.

Only a dad, but he gives his all
To smooth the way for his children small,
Doing, with courage stern and grim,
The deeds that his father did for him
This is the line that for him I pen,
Only a dad, but the best of men.

Saturday, 17th October: Week ended with a beautiful performance from English Faculty. Ms. Monika Vaihnav and Mrs. Urmila Rathore sang a song “Five Hundred Miles”. Mr. Gajendra Singh sang the song “Una Paloma Blanca”. Mr. Hitendra Singh recited a poem” Lost Innocence”. Mrs. Bharti Rao spoke of the importance of English Literature in our life.  She told the students that study of Literature allows people to develop new ideas and help individuals to present themselves as educated members of society. Studying Literature can be an eye-opening experience. She asked students to promise to speak in English, as people who speak fluently and orderly in always get first preference in every professional field.
All activities, speeches, facts, quiz presented during the week were of great inspiration for all.
Krithika Mansion/X/GH 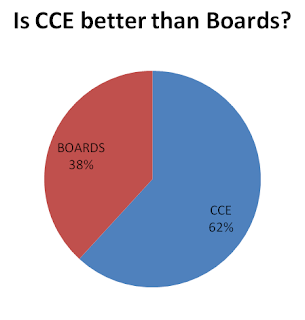