WEATHER
Weather has changed drastically. Nights have become chilly. There is a difference of 15°C in days and nights’ temperature. Due to Western disturbances snowfall has occurred in the Northern Himalayas. Due to this disturbance it may rain in the coming week. Lowest temperature recorded was at 24°C and highest was recorded at 34°C. Temperature fell by 2°C Wind blew from South East at 8km/hr. Humidity dropped to 38%.

Nature a pure gift of god
Nature is the most precious and valuable gift that God has given us. Nature has made our life easy by providing us things of our daily living. Nature takes cares of us, helps and nurtures us like a mother. So we should thank God for giving us such as pure gift. If we sit in the surrounding of nature we can feel the peace and enjoy a lot. Nature is full of beauty that is why earth is called city of the garden.  Human beings cut down trees and are destroying the gift of the God for their selfish motives. It helps to keep us away from many diseases and keeps our body healthy. Many poets have written poems on nature and people do yoga in the beauty of nature to keep their body strong and healthy. Nature is the best wall of the environment.

Poem
‘A note of a nature’
a bird and a song
listen so closely
it may be gone.
‘A sound so softly’
heard in the din
the bird which sing
start to begin.

Kreena Rao/VII/DH
Discipline – A requisite of good schools
‘Discipline is the key to success’ – this saying holds true for all the people at all the time. Discipline is the training of mind to make it follow rules and orders of high authority. Life without discipline is like a ship without a rudder. It is important for everyone to be in discipline.
It plays a significant role in a student’s life. Discipline is an important virtue. It is necessary for expressing other virtues. It implies our respect to physical and moral laws. As a student we must obey our teachers. We must keep our school clean. We must follow the rules and regulation of the school. To lead a happy life discipline is necessary. Discipline helps us in various ways. If we are in discipline at all the times, then teachers will also like us. But if we are not in discipline, then nobody will like us discipline is a requisite of good student.
Discipline is the self-control and dedication. So we should try to be in discipline from the early stage for life at school at home in making a good society as well as nation too.
Khushi Rao/X/GH
Declining Of Moral Values
Moral values were always the best and most important symbol of a good Indian society. Moral values are those values which we get as a gift from our elders; it descends one generation to other, in general. Moral values, in other words, is same as DNA which is similar , may be similar with your great grandparents if it is given to the next generation in the right form.  Today in the modern world where all things are greatly changed as compared to five – four decades earlier by , the moral values which we inherit are also been affected by it.
Today the teenagers and even elders feel ashamed of touching the feet of their elders, which is very strange. Moral values they were considered pride of India, now has converted into a harsh rule which has to be followed because our parents tell us but they do just the opposite. This is the mentality of today’s generation. Moral Values in these days seem to be declining. Is it a good thing? Surely ‘No’, a big no. Moral values are seen neglected by us. Moral values have become inversely proportional to modernity. As modernity increases, morality decreases. It has become a trend for teenagers to be modern to survive in this world, but that doesn’t means they forget moral values. Moral values were always the soil of Indian bodies, but now due to modernity they have declined. Indians were always considered the most decent people, but the breeze of modernity has changed them.
Moral values were considered as a symbol of a good reputed family, but today in the modern world those who are modern are considered as a good reputed family. Moral values, the heart of our nation is declining day to day. It’s a great threat to our culture, traditions and humanity.
Khusbhoo Rajpurohit/XI/TH
'खज़ाना'
बचपन के ये दिन नहीं
ये हैं यादों का ख़ज़ाना ।
रोज़ - रोज़ लड़ते झगड़ते
नया संसार रचाना ।
दोस्तों के संग पैदल - पैदल
अनमने से स्कूल जाना ।
छुट्टी होते ही बड़ी चाव से ,
घर की ओर दौड़ लगाना ।
ये बचपन के दिन नहीं
ये है यादों का खज़ाना ।
थके - थके से घर पहुँचे
पर खेलने तो जरूर जाना ।
मम्मी की प्यारी डाँट सुनकर
धीरे - धीरे मुस्कुराना ।
ये बचपन के दिन नहीं
ये है यादों का खज़ाना ।
न कोई चिंता न कोई डर
मनमर्ज़ी के हम हो राजा ।
लाख करोड़ यत्न करे कोई
न है बचपन लौटाना ।
ये अनमोल वक़्त के ठहरे लम्हे
नामुमकिन है इन्हे भूल पाना
ये बचपन के दिन नहीं
ये है यादों का खज़ाना ।
याद रखना बचपन को ,
मन के हर एक कोने में सजाना
Khushi Rao/XA/GH
STUDY
DEAR Program conducted in all classes on Monday.

Tuesday, 20th October-Saturday, 24th October: School was closed for Dussehra Holidays so we will be with more news in next week. 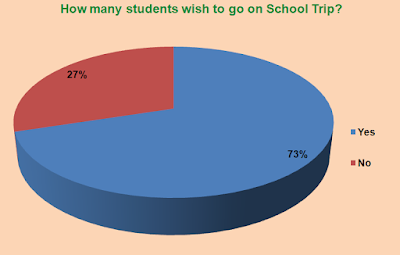