Haldighati is a mountain pass in the Aravalli Range of Rajasthan in western India which connects Rajsamand and Pali districts. The pass is located at a distance of 40km from Udaipur. The name 'Haldighati' is believed to have originated from the turmeric-coloured yellow soil of the area .Turmeric is haldi in Hindi. The mountain pass is historically a very significant location. It is the site of the famous Battle of Haldighati, which took place in 1576 between the Kingdom of Mewar and the Mughal Army led by king Mansingh. Maharana Pratap led the armed forces of Mewar against the Mughals who fought under the command of Mughal emperor Akbar's general Man Singh I of Amer Maharana Pratap's horse Chetak played a pivotal role in the Battle of Haldighati. Chetak was fatally wounded in this battle and died on June 21, 1576 .Maharana Pratap erected a small monument for his horse at the place where Chetak fell. The cenotaph still exists at Haldighati. 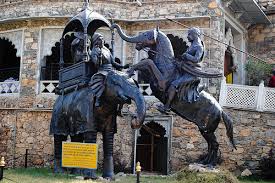 Haldighati is also world famous for its charity rose product and the mud art of Molela. Much emphasis is being laid for promoting a private cottage industry by the Department of Tourism. Actually, Haldighati is a mountain pass in the Aravalli range connecting districts of Rajsamand and Pali in Rajasthan. The place is at a comfortable distance of 40 kms from the city of Udaipur.
If you are interested in historic battles and heroic deeds of the courageous soldiers, then Haldighati is the perfect place to visit. Haldighati is a significant historical site that has observed the battle of 1576. The battle of Haldighati was a huge combat between Rana Pratap Singh of Mewar and Raja Man Singh of Amber. This ferocious battle created amount of bloodshed of the heroic soldiers and the red turned colour of sand still speaks of those daring people.  In the words of Col. James Todd (a British author), Haldighati has been referred as 'Thermopile of Mewar'. Haldighati is a place of interest for the people who value history and respect the heroes of India for their priceless efforts.
ALUMNI 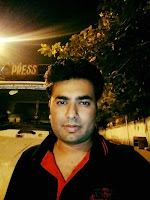 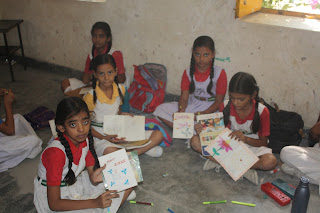 Diwali is called festival of lights and it is celebrated in the memory of Lord Ramachandra, Sita and Laxman. It is believed that on this day Lord Ramachandra, Sita and Laxman returned to Ayodhya after fourteen years of exile during which he fought and won a battle against the demons and demon king Ravana. It is the most colorful and loveliest festival of Hindus. It is celebrated every year with great joy and enthusiasm. On this day we burst crackers, we do Laxmi Puja, we go to meet our relatives, we eats sweets and do lot of fun with our friends. We enjoy a lot. I want to give the message that this Diwali please celebrate “Safe Diwali and Pollution Free Diwali. Happy Diwali to all of you. -Kreena Rao/VIII/ DH
DIWALI
Diwali is festival of lights.
Diwali is bright with diyas at night
Which gives you shine
this is festival of joy and happiness
We burst crackers and light sparklers
Everywhere you hear laughter
With joy abound
Diwali is beautiful with new clothes and sweets
Which brings joy, peace and prosperity
Diya like guiding light
Will impart knowledge for bright future days.
Wish you’ll a Happy Diwali
Suryaveer Singh/ X/ DH
Brain Quiz
1. Who collaborated with his daughter lucky, in 2007, to write the children’s book Georges Secret Key to the universe?
2. Which authors break through books was described by Salman Rushdie as a book so bad it makes bad books look good?
3. Who declined the 1964 Noble prize in literature because he had consistently decline cut official honours?
4. Which authors book include coming up for Air, and homage to Catalonia?
5. Whose book The Empire Minpins was published in 1991, a few months after the authors deaths in 1990?
6. Which Italian novel for children has been adapted in over 240 languages?
7. Which famous novelist was Governal General of Canada?
8. Peter Mark Roget, a19th century British physician, is best known for what type of book?
9. Whose fourth novel featuring Robert Langdon, is a mistery thriller called Inferno?
10. Who wrote the 2012 Booker Prize winning book bring up the bodies?
11. In literature and films whose father was the Earl of Dorincourt?
Answers 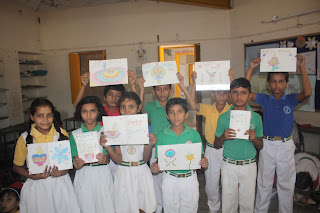 Friendly Cricket Match was played between students and staff in which the students won. The day ended with lots of fun and enjoyment.

Monday, 17th October: Class VI-X students went practicing cycling every morning to prepare for their cycling trip to Jawai Bandh. 15 students escorted by Mr. Tarun Mishra cycle to nearby places like Dantiwara, Boya, Mundara etc. to develop strength. Mr. Partha Guin and Mr. Rakesh Kumar are other teachers who have joined the expedition.
STUDY
Monday, 17th October: Annual Day practices are in full swing. There was a change in Time-Table. School will observe one hour activity lesson to get started with exhibition preparation. The campus is abuzz with hectic activity and cheer in preparation for school exhibitions. Students of Class V-XI are distributed among different exhibitions. They had started making projects, charts, models under the supervision of their respective in charges.

Monday, 17th October - Friday 21st October: Monday, 17th October was celebrated as the English Literary Day. The whole week was celebrated as the English Literary Week. A number of activities were organized by the English Department both in the Assembly and classes. The activities carried out in the classes were Spell Bee, Quiz, Poster Writing etc. In the Assembly speeches were given, articles were readout, poems were recited and quiz was organized by the students all through the week.
Report of the English Literary Week
Monday, 17th October: Mrs. Bharti Rao spoke of the importance of English Literature in our life.  She told the students that study of Literature allows people to develop new ideas and help individuals to present themselves as educated members of society. Studying Literature can be an eye-opening experience. She asked students to promise to speak in English, as people who speak fluently and orderly in always get first preference in every professional field.
Krisha Dave/ VIII/ GH: Spoke about Suli Pradhumone, the first Nobel Prize winner in English Literature.
Kreena Rao/VIII/ DH: Spoke about the Nobel Prize Winners of English Literature from 1921-2016.
Diksha Choudhary/ VIII/ GH:  Quizzed the assembly
Tuesday, 18th October:
Ipshita Rathore/VII/RH:  Recited a poem - The Daffodils by William Wordsworth.
Charu Vaishnav/VII/DH:  Recited a poem - Tears Idle Tears by Alferd Lord Tennyson
Mansi Choudhary/ VIII/DH: Quizzed the Assembly.
Wednesday, 19th October: Students recited poems of famous poets and spoke about their works and their life.
Kirti Malviya/X/DH: Spoke about Jonathan Swift and his works.
Chanchal Choudhary/X/DH: Spoke about William Wordsworth and his works.
Pooja Dutta/XII/GH:  Recited the poem “Where the mind was without fear” by Rabindranath Tagore.
Recitation Activity was organized for Class I – V in their respective classes.
Thursday, 20th October: Students recited poems of famous poets and spoke about their works and their life.
Devika Choudhary/IX/TH: Spoke about R.K. Narayan and his works.
Vinita Sirvi/VII/GH: Spoke about Mahatma Gandhi and his works.
Blessy Maria/XII/DH: Spoke about Sarojini Naidu and recited her poem “Palanquin Bearers”.
Kinjal Rao/IX/DH: Recited the poem “Seven Ages” by William Shakespeare.
Email ThisBlogThis!Share to TwitterShare to FacebookShare to Pinterest
Newer Post Older Post Home