STUDENT: Puran Choudhary/ VII for being an active participant of the Editorial Board. He said that as the member of the Editorial Board his initiative towards writing reports have enhanced his writing abilities and he has personally found a passion in writing. He thanked his teachers for motivating him. He quoted that 'Reading and Writing are life skills that everyone should have the opportunity to learn'.

EDUCATOR: Mr. Byju Joseph was the Educator this Week. He shared his views on Honesty, the most fundamental value and gave examples of people who became great because of their honesty. He narrated a beautiful story from the life of Mahatma Gandhi to share the importance of honesty in real life. He quoted,'Honesty is the first chapter in the book of wisdom.' He said that we should always be honest and will be respected by all.

SKILL
Thank You Parents
I love you both dear Mom and Dad,
I can never bear to see you sad.
I will protect you from hurt and pain,
I will never give you. A chance to complain.
For you have done, the same for me,
Now it's my turn to make you happy.
Thank you Mom and Dad.
Divyani Rao/ VIII

Leap Year, Activities were conducted for the Students of Class V-VIII by Mr. Ajay Vijayvargi . Students were briefed about the occurrence of Leap Year. Mr. Byju Joseph and Mr. Yagyapal Singh briefed the students about Raman Effect. 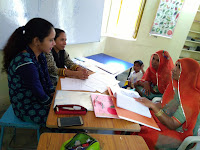 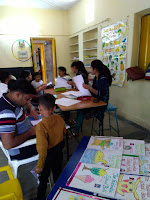 Saturday, 29th February: Parent Teacher Meeting was organized to discuss the performance of Pre-Primary students with their parents. 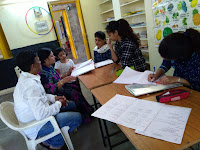 Parents were quite delighted to go through various activities done by the students. They expressed their satisfaction towards the school.