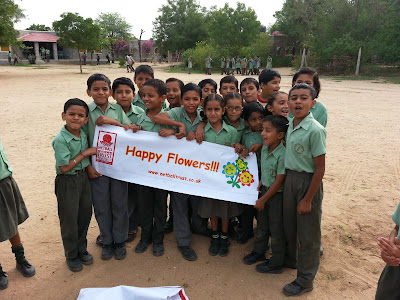 The Netball Development Trust from London, UK is conducting a netball coaching clinic at the Fabindia School, Bali; the tour is being led by Aditya Bee who is joined by coaches Amanjit Kaur Dhaliwal and Safeer Ahmad and is supported by Fabindia School's sports teacher Mr. C. P. Singh to deliver netball training to students from classes 6 to 10 at the school. In addition, invitations are being sent out by Fabindia School principal Ms. Parineeta Ranpal to all schools in the vicinity for their students and sports teachers to join the training and learn this sport. Netball promotes equality between girls and boys and can be played by both together as it is a non-contact sport. It is played by teams of 7 players a side on a 100 by 50 feet court and can be played in rural and urban areas at a very low cost. The Netball Development Trust was founded by British Indian Monica Thandi in 2010 and has visited schools in Uganda and India to deliver the programme to over 4500 girls and boys in both countries. The Fabindia School founded in 1991, is a english medium CBSE co-ed school that has over 1000 students currently enrolled in nursery to class 12. 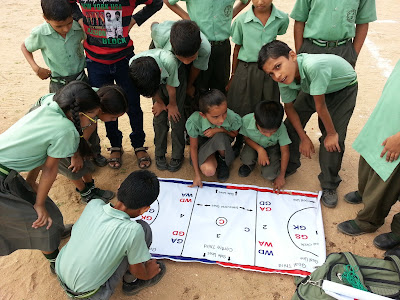